This month we’re showcasing a chiropractic success story featuring one of our patients.  Beau is a 16-year-old Quarter horse gelding mainly used in Westernaires.  Since 2007, Beau has struggled with arthritis in both hocks and has been treated successfully with joint injections every 8-18 months as needed.  Beau and I crossed paths for the first time in November of 2016 during one of those routine injections. As this was my first appointment with Beau, I performed a comprehensive exam and watched him move on the flat.  The owner reported that when his hocks become painful, he’s a bit more resistant in his work and can occasionally hint at a small buck.  While I absolutely agreed that his hocks needed injecting, I also noticed that he carried a fair amount of tension and restriction in his lower back.  From a clinical standpoint, most back and pelvic problems are secondary to hind end lameness, and I was beginning to suspect this was the case for Beau. I proceeded to inject Beau’s hocks, and recommended a chiropractic session in two weeks to begin relieving the tension in his lower back.  At the time of the initial chiropractic exam, Beau’s muscle tension in his lower back was moderate to severe with significant sensitivity to palpation and manipulation of the musculature.  Given that it’s the muscles that support and guide the vertebrae in the spine, without cooperation from the musculature of the back, an adjustment in this horse would not only be painful but counterproductive.  I spent the majority of this first session working to relax the muscles of his back while incorporating some range of motion exercises as well.  The few adjustments I made to his pelvis were met with mild trepidation and a unique vertical hop at the moment of thrust.  He did not try to kick me, but he let me know that I was eliciting a change within his body.

Subsequently, Beau’s owner and I enlisted the help of certified massage therapist, Shelly Peters-Schaller.  I had recently asked Shelly to work on several of my own horses, and was impressed with not only her patience with horses, but also her understanding of underlying anatomy and her ability to read the musculature and respond accordingly.  During her first session with Beau, Shelly identified significant tension and spasm in the musculature of his back and hindquarters, and while he was initially resistant to deeper body work, she eventually earned his trust and was able to elicit relaxation in the gluteal muscles, the muscles around his sacrum and the main muscles of his lower back.  She saw him a week later and attained further improvement with the hind end musculature, eventually working into the front end to address similar constriction and spasm within the muscles.

Shelly has been an integral part of Beau’s therapy since the end of 2016.  She sees him every two to four weeks.  Every four to six weeks, we coordinate a chiropractic session after one of his massages.  The difference I’ve noticed in Beau has been remarkable.  He’s no longer resistant to palpation of the musculature of his shoulders, back, gluteals or hamstrings, nor am I met with significant anxiety when I adjust his spine.  We haven’t eliminated the vertical hop after I adjust his pelvis, but the drama associated with the thrust has significantly decreased, and I can’t rule out the presence of a conditioned response.

From a lameness standpoint, Beau’s locomotion in the hind end has remained even, symmetric and efficient.  He has been moving well under saddle and his owner continues to notice a remarkable difference in his disposition and cooperation during work.  We will hopefully extend the timeframe between hock injections and by effectively addressing the pathology in his back and pelvis.  As a veterinarian, equine chiropractor and acupuncturist, I will continue to incorporate multiple treatment modalities to attain optimal function and comfort for our patients. 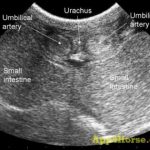 Lacerations- When do you need to call the veterinarian?Ask A Vet, Blog, ER, First aid, Infections, Lameness