So You Want to Breed Your Mare

Breeding season is fast approaching!  If you’re like me and you own a mare, I’m sure there’s been a moment or two when you’ve considered breeding her.  Wouldn’t she make a cute foal?!  Wouldn’t it be great to pass along her phenomenal athleticism?  Wouldn’t her offspring make a great addition to an already established breeding program?  There are many aspects to consider as you embark down this road.

Before moving in this direction, it is important to consider the motivation behind such a decision. Regardless of age or health at the time of breeding, there are always inherent risks associated with breeding a mare and not all pregnancies end with a live, healthy mare and foal.

Physiologic requirements for breeding your mare

Another important consideration is whether she is physiologically capable of being bred and whether or not she can carry a pregnancy to full term.  As they age, all mares eventually go through a process called reproductive senescence.  Think of this as equine version of menopause.  The onset of reproductive senescence is earlier in maiden mares (those that have never been bred), usually occurring in their late teens to early 20’s.  Active broodmares, on the other hand, may not experience this process until their early to mid- 20’s.  During this time, the ovaries begin to shut down resulting in abnormal or completely absent estrous cycles.  Without a functional estrous cycle, an egg is not ovulated from the ovary into the reproductive tract and fertilization with a sperm cannot occur to produce a pregnancy.  In those mares that do retain some form of active estrous, the quality of the eggs that they do ovulate is significantly decreased, often resulting in early embryonic death.   Mares that have carried live foals in their younger years can definitely conceive in their early 20’s, but the process of getting and keeping them bred can be much more difficult than in younger animals. From the age of ten and up until their late teens, most mares remain reproductively sound, but suffer from a decreasing predictability of their estrous cycle.  This occurrence is even more prevalent in maiden mares.  When breeding horses in this age range, it is important to consider that these mares may require the assistance of exogenous hormones to regulate their cycle for breeding purposes as well as to maintain the pregnancy throughout the foal’s gestation period.  As mares age, their uterus may fail to produce enough progesterone to maintain a pregnancy through the early stages of development, which can also result in early embryonic death.  While seasoned broodmares may not have as many difficulties in this realm, the regularity of their estrous cycle still deteriorates as they age, making the breeding process less predictable.  Thus, the ideal time to breed your mare is between the ages of three and ten, when they’re mature enough to grow and nurse a foal but young enough to insure optimal reproductive health.

Considerations beyond physiology – other complications that could arise during this process

Additional considerations include the history of the mare.  Has she foaled before?  If so, was there any internal or external trauma from a prior foaling which may preclude her from becoming pregnant or delivering a live foal without assistance?

Does the mare have a prior history of endometritis or placentitis, both of which can compromise the integrity of the embryo/fetus?

Has this mare had a Caslick before?  A Caslick procedure is the surgical closure of the upper part of the vulva to prevent pneumovagintis (inflammation of the vagina, usually from the introduction of air or fecal material due to poor exterior vulvar conformation).  The presence of a Caslick could prevent optimal penial penetration if the mare is being bred via live cover or will result in obstetrical complications during delivery of the foal if not removed ahead of time. Regardless of the mare’s history (known or unknown), be sure to consider a pre-breeding rectal and ultrasound exam performed by your veterinarian.  The purpose of such an exam is to determine if your mare is physiologically capable of being bred and to identify any potential complications early in the process.

Picking the right stud – the other side of the equation

So, based upon all of the above, you’ve decided to breed your mare.  Now it’s time to choose an appropriate stud.  In this process, try to identify two to three weaknesses in your mare and balance those with strengths in the stud.  Conformation, character, athleticism and reproductive performance are all valid considerations when making such an important decision.

After you decide on a stud, it is important to determine an appropriate semen delivery method.  If your mare will be covered directly by the stallion, you’ll need to make arrangements with the stud’s owner or breeding manager to facilitate the breeding.  If you’ll be using artificial insemination, it is important to determine if the semen is shipped frozen or fresh/cooled, and on what days the stud is collected.  Collection dates directly correlate with shipping dates and are required information for your veterinarian to determine an appropriate date for insemination based upon the availability of semen and how close your mare is to ovulation. Embryo transfer is another alternative where the embryo from one mare is relocated to a surrogate mare.  This option is often pursued in cases where the original mare cannot take time off from competition or may not be physically able to carry a foal.

There are a multitude of other details to take into consideration when breeding your mare but hopefully this article provides a place to start.  If you have questions regarding the reproductive services offered at MVS, and how we could help you and your mare, please don’t hesitate to give us a call! 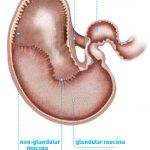 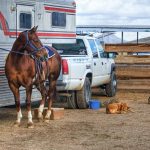